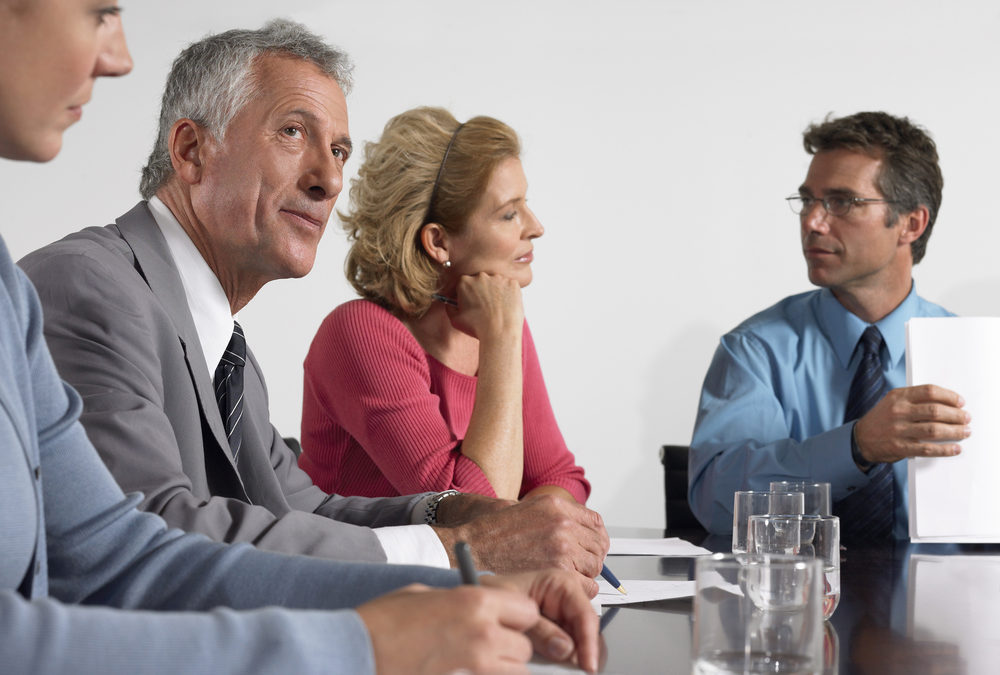 Value and the Two Types of Business Owners

Entrepreneurs fall into two basic categories, according to Mark Tepper in Walk Away Wealthy (2014). The first group consists of owners who treat their businesses as investments and make decisions that build sustainable long-term value, including putting a solid exit plan in place.  The second camp is made up of owners who operate their businesses as cash-generating engines to fund their lifestyle, with little or no thought or planning beyond the next quarter.  Nothing is intrinsically wrong with having a lifestyle company.  In fact, most privately held businesses fall into this category.  However, Chris Snider of the Exit Planning Institute (EPI) points out in Walking to Destiny (2016) that the lifestyle owner’s focus on income “doesn’t mean the business has transferable market value.” It can be very disappointing to discover late in the game that the business you have built over many years is essentially unsalable. Our goal at Go Beyond LLC is to get more owners to take the long view while asking themselves what they can do today to add value to their business.

Alfred Rappaport coined the term “value-friendly behavior” in a Harvard Business Review article entitled Ten Ways to Create Shareholder Value (September 2006).  He was examining how to encourage corporate executives, middle managers, and frontline employees of publicly traded companies to adopt the market’s long view, rather than making decisions based on short-term thinking.  Likewise, owners of privately-held small and midsize businesses — realizing that every journey comes to an end — must cultivate value-friendly behavior in themselves and their teams in order to maximize the market value of their companies.

The Hedgehog Concept, introduced by Jim Collins in his landmark book Good to Great (2001), describes value friendly behavior that enables companies to make the leap from being merely good to being great.  It is based on the ancient Greek parable: “The fox knows many things, but the hedgehog knows one big thing.” Collins depicts the Hedgehog Concept as the intersection of three circles:  1) what you are deeply passionate about; 2) what you can be the best in the world at doing; and 3) what drives your economic engine.  Each good-to-great company attained a deep understanding of the key drivers in its economic engine and built its system in accordance with this understanding. 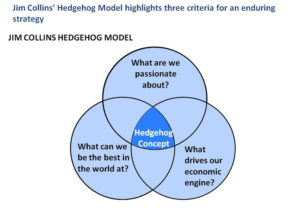 Collins also put forth the notion of a single “economic denominator.”  “If you could pick one and only one ratio – profit per x – to systematically increase over time what “x” would have the greatest and most sustainable impact on your economic engine.”  Examples included profit per customer visit, profit per employee, profit per ton of finished steel.  But as Snider points out, focusing too much on profit likely will create short-term thinking that is detrimental to the goal of building transferable market value.  An economic denominator based on “value per x” would probably be more helpful in driving value friendly behavior.

In Great by Choice: Uncertainty, Chaos, and Luck – Why Some Thrive Despite Them All (2011), Jim Collins and Morten T. Hansen introduced the concept of the “20 Mile March,” an expression of consistency of action. In Good to Great, Collins observed that good-to-great companies all built a culture full of people who take disciplined action within the three circles of the Hedgehog Concept.  Snider further develops Collins’ notion in Walking to Destiny by stating, “Without relentless execution, all of your plans are pointless.”  The 20 Mile March, like Snider’s Value Acceleration Methodology, is a framework for relentless execution. It provides upper and lower bounds for disciplined, consistent action. The Hedgehog Concept, 20 Mile March, and relentless execution must all become part of the company’s culture. In Finish Big: How Great Entrepreneurs Exit Their Companies on Top (2014), Bo Burlingham talks about building a culture capable of outlasting any single owner, leader, management team, technology, or product mix.

Collins provides some guidelines for establishing a good 20 Mile March:

Your CEPA Brings It Together

Following Rappaport’s argument, a value-friendly 20 Mile March could be described by three to five leading indicators of value that are “quantifiable, easily communicated current accomplishments that front line employees can influence directly and that significantly affect long-term value of the business in a positive way.” Snider points out that 80 percent of the value of most companies comes not from financials but from intangibles, which he describes at the 4Cs: human capital, customer capital, structural capital, and social capital.  Leading indicators that recognize the importance of the 4Cs to building value might include employee turnover; customer retention; percentage of procedures; techniques and other knowledge assets that are documented and transferable; and percentage of employees who can repeat the company vision, say they see progress to realizing the vision, and who believe they are part of something special.  Along with a strategic valuation, these could be measured quarterly, semiannually, or annually.  An alternate approach would be to evaluate periodically each of the 4Cs on a scale from 1 to 6, with a score of 6 meaning that the company is best-in-class and a score of 1 indicating that the company is severely deficient in that area.   Altogether, these leading indicators would constitute a value-friendly 20 Mile March.

Early in applying the Value Acceleration Methodology to your company, your Certified Exit Planning Advisor (CEPA) will provide you with a prioritized action plan based on assessments of your company’s attractiveness and readiness.  That plan will highlight value drivers to focus on to protect and build your company’s value.  These would be excellent candidates for leading indicators to use in designing a 20 Mile March that is tailored for your company and its operating environment.